The Daggers is a Weapon in MooMoo.io.

To destroy someone you can use the bull helmet with. This will make you to do more damage and to prevent getting killed you can use shield to prevent get highly damage, also use Samurai hat because it will cause someone shame! hat easily.

When the Daggers are used to obtain 3000 Resources, they will become the Golden Daggers. The Golden Daggers deal 22 damage per hit. Their design is nearly identical to the regular variant, but the blades are shorter (they still have the same range) and the guards are trapezoid-shaped. It also turns golden on the blade. 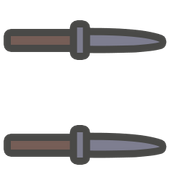 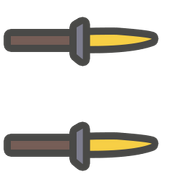 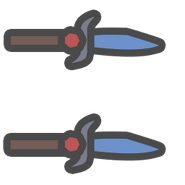 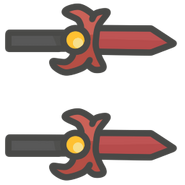 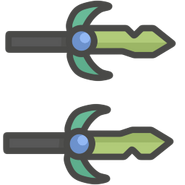